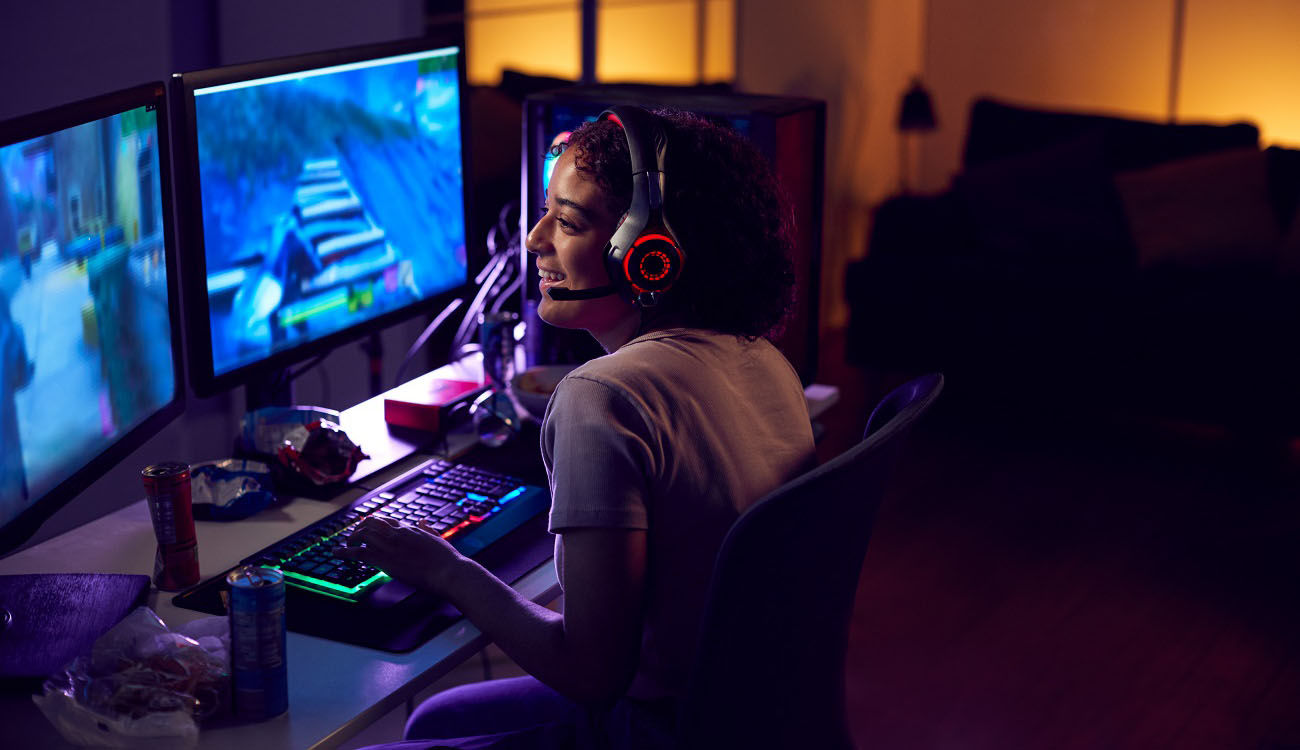 Here at alltasksIT we take our role as your IT partner very seriously. Our aim is to always provide you with the best customer service as we solve your IT issues and support you on your digital transformation journey.

However, it’s also important to balance all this seriousness with some fun, and so we are pleased to share with you, in no particular order, the Top 10 Games as Voted and Enjoyed by alltasks’s Engineers in 2020. Share these with your colleagues, and your family and friends and have some gaming fun!!

Hades is a Roguelike gameplay videogame that weaves Greek mythology seamlessly into a great story, utilising fully voiced characters, which include the Greek Gods.  Each run is based on your character Zagreus, the son of Hades, trying to escape the underworld and make it to the surface to reach Mount Olympus.  Gifts and themes are based on the Olympians, who lend you powers for these runs, and every time you unlock new weapons and powers, you utilise these to progress further.  And when you ‘fail’ and are sent back to the House of Hades you get to interact with multiple characters of the underworld and hear their stories. According to alltask’s engineers “It’s incredibly fun and addictive, the imagery and soundtrack are fantastic, and the Greek mythology woven into the story creates a narrative that is genuinely gripping”!

Destiny 2: Beyond Light is a major expansion of the popular Destiny 2 game, providing a whole host of new content for players.  It’s a first person shooter game where players explore the true nature of Light and Dark. Players travel to Jupiter’s icy moon Europa to confront the Fallen Kell Eramis who plans to use the Darkness to save her people and take revenge on the Traveller back on Earth.  This expansion provides new areas to explore, new story quests and a brand new damage type that has never been done in the game before. Beyond Light is the first of a three part expansion series, with follow-up titles to be released in 2021 and 2022.  Our Engineer’s quote “In short, a game I already enjoyed got new toys to play with, and a new playground to play in”!

Crusader Kings 3 is a roleplay and grand strategy game set in the middle ages.  You can create every aspect of your character – role, appearance, clothes, personality -  and place them anywhere on Earth with the aim of becoming a dominant family, nation or religious leader. The best way to describe what can happen comes straight from our engineer’s experience:  “In one of my most aggressive campaigns, playing as a nation called Darfur in Africa, I backstabbed rivals, bribed the best men and women to join my country and conquered a large slice of North-central Africa, and put my character’s daughter on the throne….I got cocky, I may have tortured a subject or two and then renamed a competitor’s nation “Door” (as in he is ‘out the door’). I miscalculated, he had more allies than I thought and they rebelled. I thought I could handle it.  Within an in-game year, my capital was conquered, my territory split, my ruler and family members executed, and those remaining were left with only small counties. ‘Door’ was now the dominant house in the territory! I fought the Door and the Door won!”

If sci-fi is more your deal, than Rimworld is for you.  It’s a sci-fi colony simulator game where you are the mastermind of your creation.  Starting with three colonists, you are trying to escape the Rimworld where you are stranded and get back to the stars.  You need to build up your colony, build up your population, grow crops, gather food and resources, make peace treaties with other tribes and keep your people alive in order to escape. However, the Rimworld can be a cruel environment and you need to watch out for a multitude of dangers such as bandits, toxic disasters wiping out crops and animals, seasonal impacts and everything in between.  Rimworld is capricious, conniving, callous and will draw you in before you know it.  In the words of our engineer “Oh my goodness it’s now 3am and I have to stop playing – I’ve got work tomorrow… I mean today!”

In ARK, you find yourself stranded with no resources, in a mysterious world over-run by pre-historic and mythical creatures. Using all your skills and cunning to survive ARK, you will need to hunt, plant crops, farm, build shelters and a base, craft, source other necessary resources whilst teaming up with other players to form tribes, and destroy hostile ones. One of the key elements of ARK is the opportunity to tame, train, breed and ride some of the 176 creatures that populate ARK. There are the usual prehistoric suspects such as stegosaurus, brontosaurus, woolly mammoths, dodo, T-Rex, as well as mythical creatures, and just like real life, they are surviving within a predatory hierarchy. Once you have ‘tamed’ a creature – which requires differing techniques, rewards and time – they will follow your commands, and you can use their abilities in your quest to escape. Ever felt like fighting your enemies whilst riding on the back of a T-Rex? Then this is the game for you!

Another game set in space, Deep Rock Galactic is an up to four player game where you are a fantasy dwarf (and why not) space mining in some of the most dangerous sites in the galaxy. It sounds simple enough, but you are up against the local bug population, who are much bigger than you and who definitely do not like your presence on their planet and so frequently swarm you and your colleagues.  Your characters though are feisty, and they can revive other characters, zipline all over the place and drill through stone walls to get away. The focus is on gameplay rather than super amazing graphics, providing a charm to the game that is often missing nowadays. Adding to the engagement are the funny quips and comments from the characters throughout the game.

For a more wholesome family option in gaming, you can’t go past Story of Seasons: Friends of Mineral Town. This is a reworking of a much-loved oldie, originally released back in 2003 for the Nintendo GameBoy Advance as “Harvest Moon: Friends of Mineral Town”.
Your character starts their new life in a small village, having minimal money and stamina, and with a run-down farm to rebuild. This game wants you to take your time, to respect your limits, and to be as kind as you can. Plant and harvest your farm, help the people of the village through their troubles, raise animals, create cooking dishes, fish, and maybe even find love. There is no violence, the music is gentle and cute, and the amount of story behind each character as you interact with them over time leaves many modern games in the dust. It’s a great game to introduce your children to, with graphics updated to a more modern standard; take a trip down memory lane and reconnect with the Friends of Mineral Town.

Among Us has many things going for it – it’s free, it’s simple to play and it can be accessed on a phone, device or computer, anytime, anywhere.
In Among Us, between four and ten players have woken up, spacesuits and all, in a spaceship or isolated scientific lab of some variety, with a number of issues to fix. Simple tasks are required, rarely taking more than 10 seconds each, and occurring in various places around the map. The catch is that a set number of players are ‘imposters’, whose job it is to kill the other players without being caught. Every time a player’s dead body is found, the person who finds it can call a ‘group meeting’, where those still alive take a vote on who the suspected murderer may be. They can then decide whether to kick the suspect off the ship or maybe throw them into the lava.  Among Us is a game of subterfuge, double-crosses, gaslighting and is full of inside jokes. If you want to forget 2020’s lockdown or are stuck in the car for hours waiting for a COVID test, give Among Us a go! Our engineer’s quote “Play it with your friends, but it will turn you against each other in seconds!”

Blade and Sorcery is a VR adult game basically involving…..blades and sorcery. It is set in a medieval fantasy world and in contrast to some of the other games we’ve mentioned where the story is a huge component of the experience, there is little structured content here. The title says it all - you go to a map, you spawn enemies, you spawn weapons, you cast spells and you fight! It’s been built exclusively for VR, utilising a unique and realistic physics driven interaction and combat system.  You choose your weapon and your fighting style, and the effects and feats are truly amazing. You become the warrior you may have always dreamed of being.  Be warned, there is lots of violence and gore - so definitely NOT one for the kids!

Satisfactory is a 3D first person open world exploration and factory building game. You are an engineer who is dropped into an alien planet and with a handful of tools you must harvest the planet’s resources to construct factories. Initially all your builds are by hand, but as you progress you obtain greater construction options and the ability to automate processes to build ever increasingly complex structures. The ultimate aim – to construct a space elevator and complete the different phases of the mysterious Project Assembly. And of course, while you are building, you also need to contend with the various hazards the planet throws at you.  All of this is done with a dash of exploration and combat, making this complex game one of our engineers’ Top picks for 2020.

So these are our Top 10 picks for gaming enthusiasts – as chosen by alltasks’s engineers.  However, I promised our CFO I would also add her choice, so # 11 is………….. Animal Crossing! No fighting, no aliens, no hostility, no dinosaurs.
Our CFO’s quote “Best game ever.  Come and visit my island. My house is amazing!!”